Roofs in the Southern California area are worn out. The drought affects roofing — I see it every day and some roofs are so bad, it’s unbelievable. Our sun is the great destroyer of roofing materials, leaching the petroleum oils out of the membranes causing them to dry up and crack and cause leaks.

Why is this happening now?  What is different? Isn’t this normal? Well it’s nothing new but the drought affects roofing is fairly epidemic now and that is because over the last 10 years we have had a far greater quantity of days filled with sunlight than we have had at any other time in decades (several of the warmest/driest summers ever recorded). One of the side effects of being in a great drought is getting so much sun (with few clouds and of course little rain). 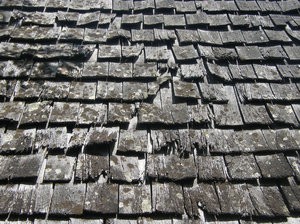 Simply put, those things which do not respond well to the sun get a lot more of it. And, outside of the 2010/2011 winter season where we experienced slightly above normal rainfall, most roofs in the LA area have not been seriously tested with rain since 2005/2006.  And even in the 2010-11 winter, none of those rainfall events were very serious. They did not involve raging storms with high winds and great volumes of rain in short periods of time in most areas.

I’m looking at roofs every day that are so worn out and full of holes that in any other part of the country, the home would be destroyed – these homes have been in need of a new roof for many years. I believe there are a LOT of roofs in LA that are primed for bad leaks. The reason drought affects roofing matters is that when we do have even a normal amount of rain (16 inches), never mind 25+ inches (which I believe, statistically, we are due for), the roofing industry in Southern California only has so many roofers and will be instantly overwhelmed.

Your average roofing company can only process about 50 appointments a week for estimates and can only handle 4-5 major jobs along with maybe a dozen small repairs. In other words, all the roofers in Los Angeles can only handle a few thousand people a week. In an area of some 13 million people, it’s a recipe for disaster. If we suppose that 5% of the area had roof issues, at the rate of 3000 jobs/week, it would take 217 weeks for SoCal roofers to get it done.  I recall wait times in 2005 of 6 months.  We’re due.