Is roofing ventilation and insulation worth the money?

As a fourth third generation roofer, I’ve seen just about every possible roofing, insulation and ventilation scenario there is.  My last segment talked about ultra reflective roofs, but I consider ventilation and insulation just as important and much more so depending upon your situation.

Ventilation is important in hot climates because it can reduce transmitted heat to the dwelling.  In colder, wet climates, where this is not important, it still has some importance insofar as removing moisture from an attic, but has little to no value heat-wise.

Since I operate in SoCal, we’re chiefly concerned about heat and I will focus on that. The most important aspect of ventilation is to have a balanced intake and exhaust.  This is where many roofers, builders and installers get things really bungled up.

If you put a powerful fan on the roof, or inside the attic located at a wall opening (usually called a gable vent which is a louvered metal grate opening in the side of a home on the walls at the attic level) and do not have intake vents for the fan to draw from, this fan will literally suck air out of your home.

One such example was a family who had 3 very powerful attic fans on their home, a powerful AC, and yet still had to run the AC constantly.  I quickly figured out they had no intake vents (usually called soffit vents, located under the eves) or gable vents or other attic air intake openings.

To demonstrate what was happening, I lit a candle near an electrical outlet, blew it out and held the smoking wick near the outlet and to their surprise, the smoke was quickly sucked into the outlet.  In fact if you put your ear near the outlet, you could hear the air whistling it was being sucked in so hard.

There are many ways to get around a lack of intake in the attic or, an unbalanced exhaust and it would take many pages to cover it. There are many, easily found resources on line to do the calculations but suffice to say, having balanced intake and exhaust in the attic are most critical.

Good old insulation is pretty important for one simple reason.  It works for you when it’s hot, and when it’s cold.  You just can’t beat the value, especially when you consider it’s pretty inexpensive to insulate most homes and, if you’re willing to get dirty, and many homeowners can manage it themselves (though, fair warning – this is a difficult, tedious, dirty and generally not fun job). 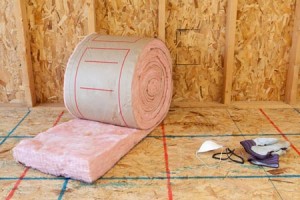 How much insulation?  Generally, the minimum standard nowadays is R30, which is about 12 inches of blown-in fiberglass.  It varies depending upon product but I recommend if you’re going to do it, might as well do at least R30.

Good insulation, along with good ventilation, will go a long way to keeping your house temperatures in check.